We all know that gasoline and diesel fuels are different. We know not to put diesel into a gas engine and vice versa. But, do we know the “whys” behind that rule?

When it comes to diesel vs. gasoline, not only are the fuel types different, but the respective engine types are different. And each fuel engine comes with its benefits as well as disadvantages. 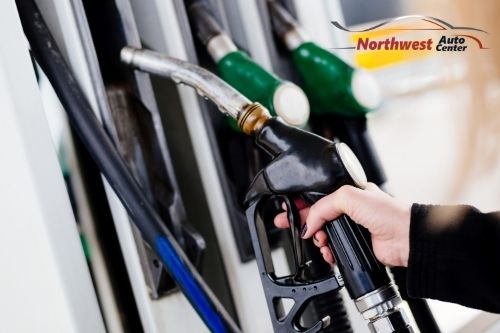 Gasoline engines were invented in 1876 and were ground-breaking — but they weren’t efficient. The four-stroke combustion engine only utilized 10% for the fuel, while the other 90% produced heat and burned off. So, in 1892, Rudolf Diesel created the combustion power engine (also known as the diesel engine).

While gasoline engines have had many technological advances that led them to be more efficient than the original model, they operate slightly differently from their diesel engine counterparts.

Both engines use internal combustion, with cylinders compressing air and fuel mixtures to create mechanical energy turned into motion through explosions. The diesel vs. gasoline differences start to appear with what causes these explosions.

Another engine difference is how they inject fuel. Diesel engines inject fuel into the cylinder, and it’s an essential process for the diesel engine. However, this means the injectors must withstand extremely hot temperatures and extreme pressure, which is still being tweaked today to make them more efficient.

The small differences in combustion and fuel injection cause significant differences in efficiency and performance between diesel and gasoline vehicles.

Fuel Efficiency and Performance in Diesel and Gasoline Engines

Diesel or Gasoline — Which is Right for You?

With Diesel and Gasoline prices being similar (with small fluctuations) and both engine types available in the United States, you have options. When it comes down to choosing an engine/vehicle type, it comes down to personal preferences. What are you looking for in terms of power and efficiency? —are you going to be towing with your vehicle? A diesel; would then be your answer.

Side note: Overall, diesel engines are more costly to repair than gasoline engines. Diesels are great for towing because of the torque the engine produces. Diesels will last a long time, as with anything else, they need to be maintained, just like gasoline engines.

Northwest Auto Center works on both diesel- and gasoline-powered vehicles. If you are in the Houston area and in need of repair or vehicle maintenance, give us a call today at (281) 894-8880. We are here to help!