An EVAP system stands for Evaporative Emission Control System. While most vehicles come equipped with this component, not every driver is aware of its function. These systems have been required on all gas-powered vehicles since the 70s and for an environmentally conscious reason.

Before such a system was in place within cars, fuel systems would pollute fumes into the environment even when the engine was turned off. Car EVAP systems are used to keep gasoline vapors contained. This is not only beneficial to the atmosphere but the overall fuel efficiency of the vehicle by keeping the fuel within the vehicle. 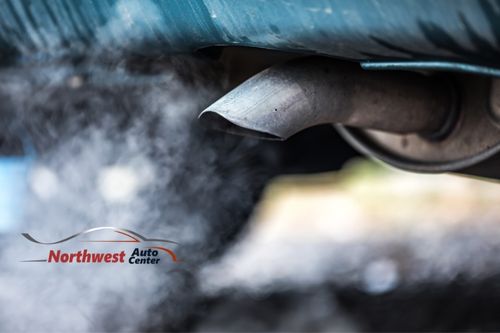 What Is an EVAP System?

These systems are designed around the purpose of preventing gas vapors from seeping out of the fuel tank and into the surrounding environment. This helps control greenhouse emissions. Without a proper EVAP systems in place, gas-powered vehicles would be significantly more environmentally damaging.

The EVAP system has been designed to both store and safely dispose of damaging fuel vapors to ensure they aren’t released. This not only boosts the fuel efficiency of vehicles but also prevents any unpleasant gasoline odor within the interior cabin of the car. After all, nobody wants to smell gas while commuting to work every morning.

EVAP systems don’t generally require much maintenance. Even when something malfunctions, drivers often won’t notice a change in the drivability of their vehicle or experience an altered state of performance. It’s only when the check engine light turns on that a driver is alerted to a potential issue such as a leak or a bad seal on the gas cap.

With so many moving components within an EVAP system, leaks can arise on occasion. Such a leak will result in a check engine notification with a coinciding code that can be read by a technician. These leaks can sometimes be difficult to find as they’re potentially as small as a needlepoint. Technicians have a few handy tools at their disposal for locating these stubborn leaks, such as specialized scanning equipment and smoke machines that can help uncover the source of the leak and then seal it.

Another issue with the EVAP system that will result in a code is a loose gas cap. Luckily, this is an easy fix and inexpensive if the cap ends up needing to be replaced. A bad seal on a gas cap can be the result of it not being fully tightened the last time gas was pumped. Always remember to twist it until you hear the click.

Is It Unsafe to Drive With a Leaking EVAP System?

While it’s not necessarily dangerous to drive with leaky EVAP systems, it can be harmful to the environment and in a small way, have a detrimental effect on the fuel efficiency of the vehicle. For these reasons, an EVAP system leak should not be ignored for a prolonged period. Many drivers don’t understand the importance of the system and understandably, would prefer to avoid taking their car into the shop.

Driving with a check engine indicator can put drivers at risk of missing other, more serious problems. Once a driver becomes accustomed to the light being on all the time, they may become complacent and not have the ability to recognize other problems that may crop up that require immediate attention from a mechanic.

If you’ve noticed that your pesky check engine light has turned on and the code reads as an issue with your EVAP system, you’ll want to bring your vehicle in for an inspection of the system. At Northwest Auto Center of Houston, we have the tools to find even the smallest leak and we can seal it to prevent unnecessary pollution.