We’ve all heard car myths at some point in our driving life and taken them as truth (with so many people repeating them, why wouldn’t you believe them). But, some of these sayings are neither true—or safe.

So Which Car Myths Are True?

Your gas tank triggers the pump sensor when it does for a reason—it’s full.

First, you aren’t getting any extra gas. Full gas tanks feed vapors and excess of gas back into the station’s tank. Your essentially paying to refill the gas station’s tank. Secondly, it’s bad for your car. Topping off sends excess in fuel and vapor into the vapor collection system, overriding and damaging the canister over time.

The next time your at the gas station, avoid topping it off. You aren’t getting any more gas and your just dealing damage to the system.

Yes, if your car is from 1973. No, for modern cars. Today’s cars can go 6,000 – 7,000 miles before changing their oil becomes necessary. Check your owner’s manual for suggested mileage between oil changes.

Even better is the myth that you should never change your oil at all. Also, false. The oil gets dirtier and dirtier, eventually causing the engine to wear because it stops lubricating.

On average, premium gas costs 10 to 15 cents more per gallon leaving drivers wondering if it’s worth it.

The bottom line? Filling your car with higher than the recommended octane gases (premium) doesn’t do anything for you. Your car will not run cleaner, faster or better.

It’s just not worth it.

Myth #4 – Filling Up in the Morning is Cheaper

With cooler morning temperatures, the gasoline reacts and becomes denser which means you get more fuel per gallon. While the logic is sound, it doesn’t quite work out like that.

Gas stations store gasoline in tanks under the ground. Temperatures rarely fluctuate under the insulating concrete of the parking lot meaning you are getting the same density no matter the time of day.

However, maybe talk to us during the next Polar Vortex—that’s a temperature shift that may work.

This one is TRUE.

Not only does it guarantee you won’t run out of gas for unexpected long stretches on the highway or rush hour traffic, but it also saves your engine.

Keeping the lowest amount of gas in the tank puts more work on your fuel pump, which stays cooler when submerged in gasoline. This isn’t just a myth—it’s a good car habit! 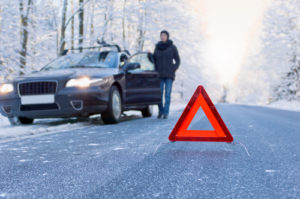 Myth #6 – Let Your Car Warm Up on Cold Mornings

In fact, most manufacturers suggest you get driving within 30 seconds as the engine heats up faster when being used. In fact, driving instead of idling decreases emissions and fuel costs. But, that doesn’t mean push the peddle to the metal. Instead, accelerate gently instead of forcing cold gas and oil through your engine in a mad rush.

Wait, say that again? Somewhere, the rumor started that keeping your car splattered with mud works like the dimple on a golf ball, reducing the wind resistance and drag.

This one was so entertaining, MythBusters took it to the television screen. Ultimately, this myth was disproven in a big way after it was determined dirt adds wind resistance and reduces fuel economy.

Next time you look for an excuse for your dirty car, just wash it instead.

Car myths are everywhere. From the way we fill up our cars, to when we fill them up to how we behave on cold, winter mornings. But, are any of these car myths true? Probably not.

Have a car myth or saying we didn’t include? Let us know!